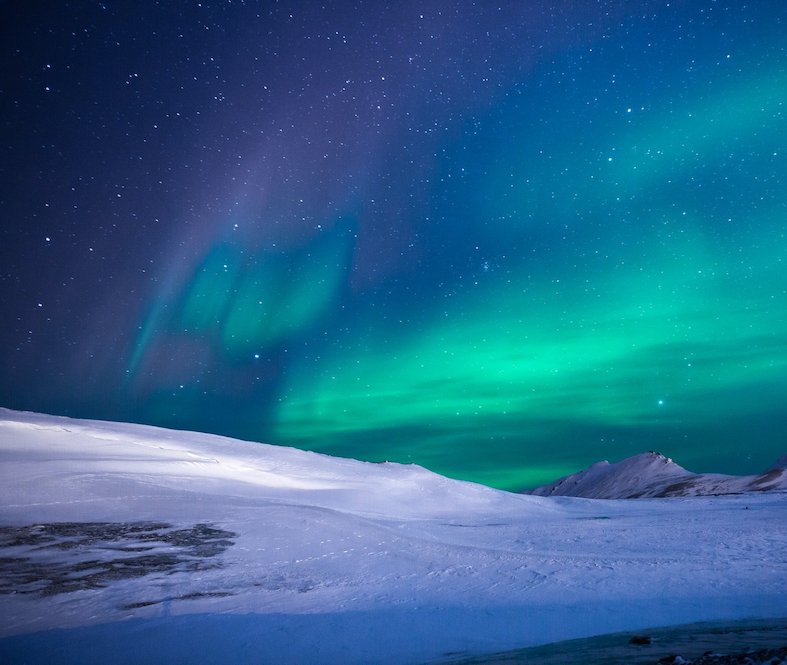 The Solstice arrives on December 21st. There is something so deeply nourishing for the soul to pass through the longest night of the year. The dark reveals the light that shines from unexpected places, whether from deep within the night sky, or deep within the soul.

This Winter Solstice of 2020, a cosmic alignment called the ‘Great Conjunction’ will be gracing our night skies. The two largest planets in our solar system, Saturn and Jupiter, will be meeting in the sign of Aquarius. They will appear so close together that they will form one giant star, illuminating what many believe to be the beginning of the ‘Age of Aquarius”—a time of building greater collective empathy and peace in the world.

This ‘Great Conjunction’ is considered by some scholars to have possibly been the same alignment that formed the Star of Bethlehem 2,000 years ago at the birth of the Christ. The last time our Earth has seen this alignment was 800 years ago.

These are rare and extraordinary times we live in. Though the changes we are facing can often feel like a great challenge, there is also great magic in the rebirth we are now co-creating within the human collective.

According to the Angels, this great illumination harkens the rebirth of light. The consciousness of love is gradually awakening in our collective to illuminate a new world which we may choose to create together.

“There is an eternal light that exists within the heart and soul of all. The eternal light was never created—it has no beginning, and so it has no end. It simply is: eternal, infinite, unending, and absolute. It is the force that animates all of life and unites all beings.

This eternal light holds the highest and most powerful state of all consciousness: divine love. All that stands before the eternal light of divine love is transformed in its presence, and becomes it. This is the destiny of all creation.

Your path to the miracle light of divine love lies inside of you. We Angels are forever with you, guiding you towards its realization. We ask you now to follow where love, peace, and blissful joy would lead you. These states of consciousness are the sprinkling of stardust left behind by love’s greatest miracle. They were placed upon your path to illuminate your way into light’s realization.

Will you join us in the joyful realization of heaven? Will you celebrate the journey into perfection with us? Will you hold precious love in your heart, and protect it like a sturdy lantern against the aching winds of fear? Remember, beloved one: every wind eventually lays down to rest. Every storm is eventually depleted of rain. Behind every fleeting cloud, the sun remains shining.

The eternal light resides within you, precious beloved. Seek no further, but stand before the light and become who you are in truth. The light is destined to be reborn within you.”